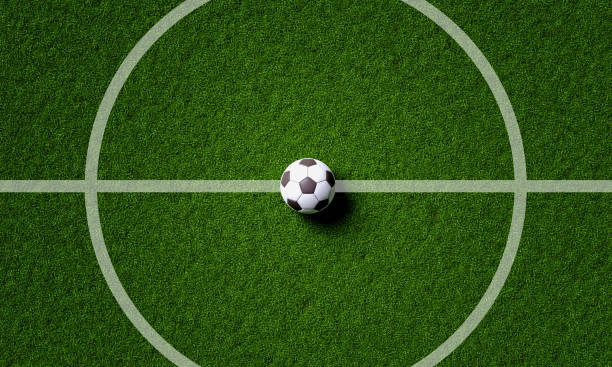 This game remains the most famous football simulator, and more and more players are starting to play it. To start the game and be successful in it, you will need coins. This is an in-game currency that you can get yourself, but it is much easier to buy it in boosting services, for example, here https://skycoach.gg/fifa-boost/fifa-coins. This service is free and reliable. Now let’s concentrate on the Ultimate Team upgrade.

The system of teamwork in the composition has been redesigned

The new team recruitment approach is more flexible. The key difference is that you no longer need to link players directly to achieve perfect teamwork. The principle now is this: the more common parameters players have — one league, club, and nationality — the higher the overall “chemistry” will be. You can read more about chemistry on the official site.

If you have Erling Holand from Manchester City in the attack, then his teammate, central defender John Stones, can strengthen the connection. Although the players are located on different parts of the field, they have the same league and team, this is the main thing. What’s more important: players with zero teamwork are no longer reduced in performance, as it was before. In FIFA 23, they simply lose bonuses from “chemistry”, but retain basic qualities. EA Sports no longer pushes into a rigid framework when creating a team. On the contrary, it increases the fascination with the process.

Most of the cards in FUT have additional positions. Joao Cancelo can play both left and right back. Previously, you can use special consumable items to change the position of a football player. Moreover, the left defender could not be made right — only the left flanker.

The new system is very convenient, but not perfect. For example, Real Madrid player Federico Valverde for some reason has no alternative position – in the game he can only be a central midfielder. Although in reality, Fede is quite a versatile footballer.

There are also questions about the characteristics of individual players. For example, midfielder Sergio Busquets from Barcelona has a pass parameter of only 79. This is ridiculously small for one of the best passers on the planet.

There is a new single mode in FUT — “Moments”

These are prepared game situations in which you need to perform certain tasks. Let’s say you are thrown during a match against AI with a specific goal — to score a goal for Killian Mbappe.

Special asterisks are given for the execution of such scenarios. They can be used to buy rewards — sets with players. At the current stage, the “Moments” mode is an interesting idea, but we need to see how the developers will develop it. I want to understand whether it will be possible to reproduce situations from real football matches.

The personality system resembles an RPG.

In FIFA 23, player development is similar to a role-playing game. Now you have to form the character of the character through certain actions. For example, before an away match, you can pay fans for a bus that will take them to the stadium. Or buy a private box for friends and family members.

Each action affects the pumping of the branches of individuality. There are three of them in total: “Loner”, “Maestro” and “Rod”. Hidden within these archetypes are the characteristics of the player: hitting, reading in defense, and so on. They will have to be improved.

In general, the player’s career has become more lively. The new part shows scenes in which your character participates in press conferences or trains with the team.

In FIFA 23, it is not necessary to create your coach, you can choose a real one. The choice is quite large: there are both top coaches like Pep Guardiola from Manchester City, Jurgen Klopp from Liverpool, and Carlo Ancelotti from Real Madrid, as well as lesser-known ones (for example, Jindřich Trpisovski from Slavia Prague and even Stanislav Cherchesov from Ferencvaros Hungarian).

It’s frustrating that not all coaches got a real appearance. The similarity was deprived of Stefano Pioli, the current champion of Italy with Milan. The same situation is with Juventus coach Max Allegri and Simone Inzaghi from Inter. There is only one coach available in the German Bundesliga — Edin Terzic from Borussia Dortmund. And also without an authentic appearance. This is a very strange decision. Why there is no Bayern Munich head coach Julian Nagelsmann in FIFA 23 is a big question.

Its main task is to reduce the time of matches. You take part only in key episodes: let’s say you are immediately transferred to the moment of going one-on-one with the goalkeeper. The system is useful in cases when you do not want to play absolutely all matches in your career. Less important meetings can be held in this mode.

The main difference from the old parts is that now each transfer is evaluated. If according to the analyst, the newcomer of the team is ideally suited to your composition, the purchase will receive the highest rating — A. It looks funny, but no more. There is no particular practical benefit in this.

In 2022, the entry of FIFA games into the top may be due, in particular, to the fact that the World Cup took place, which greatly increased the demand for any games related to this discipline. In particular, FIFA 23 once again became the top retailer in the UK. The players appreciated the innovation in FIFA 23 and it has become even more popular.