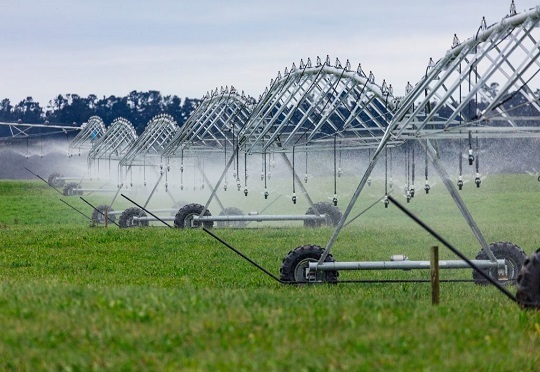 Farmers televizori must meet the shifting requirements of our planet as well as regulators, consumers, food processors, and retailers’ expectations.

Climate change, soil erosion, biodiversity loss, and consumers’ shifting preferences for food and concerns about its production are all adding to the pressure. Additionally, the natural world in which farming operates continues to present additional obstacles in the form of diseases, pests, and plants. The food we eat every day connects us to a vast global network of farmers, traders, food manufacturers, retailers, and a plethora of other people involved in the food supply chain. When we eat bread or fruit, the majority of us probably don’t stop to think about it. However, this global food system is at the heart of some of the biggest problems facing humanity.

While present day horticulture gives an enormous number of arrangements, the result isn’t generally the equivalent on the grounds that each homestead is extraordinary: various landscapes, soils, technological options, and potential outcomes.

Global food security producing enough food to feed the world’s growing population is the first and most pressing challenge facing agriculture worldwide. By 2025, there could be eight billion people on the planet. In the next 25 years, nearly two billion more people will live in developing nations. In developing nations, the urban population will also increase. The ramifications of urbanization are huge for the food framework. More than 60% of the food that people in rural areas consume comes from their own production, while only 40% is purchased from the market. However, close to 90% of the food that people in urban areas consume comes from the market. Therefore, the necessary market supplies must increase by a factor of two for each person who moves from a rural area to an urban one. Where is this food going to come from? In the event that patterns of the most recent 50 years proceed, extended exchange won’t be the response. Grain trade has doubled and production has more than doubled worldwide since 1960. As a result, approximately 10% of global grain consumption remained unchanged. This indicates that, on average, the nation that produces the food consumes 90 percent of it. If this pattern continues, it is abundantly clear that the majority of the increase in food production will have to come from the production systems in the nations where more people will live. What about where they’ll live? Countries that are still experiencing rapid population growth will see the majority of the increase in population between the Tropic of Capricorn and the Tropic of Cancer between the years 2000 and 2030. Putting these two “realities” together recommends that the greater part of the food required to address expanded issues in the following 25 years should be created in tropical also, subtropical cultivating frameworks. We are aware that these systems are complicated, highly heterogeneous, fragile, and dominated by small-scale, poor farmers. Additionally, we are aware that we know very little about farming systems in these regions in comparison to systems in temperate regions.

Monoculture is the focus of modern agriculture on crop specialization. Ranchers, particularly in industrialized locales, frequently grow a solitary yield on a lot of their property. When only a single cultivar or variety of a species is grown, the problems that come with this practice get worse. The farmer can save money by using this strategy, but it puts the crop and the farm and community at risk for widespread crop failure.

More than 15% of the North American corn crop was destroyed by the 1970 corn blight. Because 70% of the crop was grown in the same high-yield variety, the corn was particularly susceptible to the harmful organisms. Chemical treatments for pests are effective, but they make pollution worse.

A farm or region that specializes in a single monoculture, such as tobacco, coffee, or bananas, can accommodate crop failures without jeopardizing the entire economy by maintaining species diversity or varietal diversity—growing multiple crops instead of just one or two.

Developing genetic modified (GM) crops is one endeavor to supplant post-perversion compound medicines. It is becoming increasingly common to use recombinant technologies to splice genes from other organisms into rice or potato varieties. Higher crop yields and more pest-resistant plants are two of these GM crops’ advantages.

Environmentalists, on the other hand, are concerned that the brand-new genes might have unidentified side effects that could have far-reaching negative effects on the environment and economy in the long run. It is possible that GM plants made to resist the application of herbicides will transmit the resistant gene to closely related wild weed species, which will then develop into “super weeds.”

Creating a set of technologies, incentives, and policies that encourage small-scale farmers to pay attention to the long-term stewardship of the natural resources they manage is the third challenge facing agriculture in the 21st century. This is important because farmers manage a lot of the world’s forest and range land and use most of the world’s arable land. Over 70% of the world’s freshwater is used by agriculture, and agricultural systems contain a lot of biodiversity. The boundaries between deserts and forests are influenced by agricultural activities. As a result, increasing the profitability and productivity of small-scale farmers in developing nations is directly related to improving resource management.

As with a well-balanced meal, good policies will need to strike a balance between the various objectives of the triple challenge that the global food system is currently facing. And just as a good meal depends not only on the chef but also on the quality of the ingredients, good policies will also depend on input from many stakeholders in addition to the policymaker. In order to produce a set of policy solutions that are to everyone’s liking, policymakers may need to experiment with novel recipes because of the scope and complexity of these challenges.