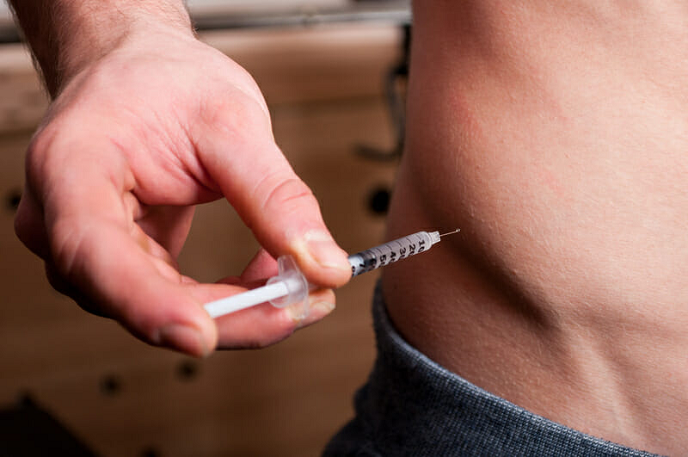 The most recent development in the fight against the negative effects of ageing is the use of injectable peptides for anti-aging. The inherent biological processes of our bodies start to deteriorate as we get older, which is a natural part of the ageing process. The impacts can be noticed in the form of thinning hair, gaining weight, developing wrinkles, and experiencing a loss of energy. The good news is that research into anti-aging peptides is showing promise in terms of slowing down this natural process of ageing.

Before we get into some of our top recommendations for the most effective injectable peptides for anti-aging, it is important that we first define what peptides are. Peptides are essentially short sequences of amino acids that can serve as the building blocks of naturally occurring proteins found in the body, such as collagen, elastin, and keratin. Peptides can be broken down into peptides using a variety of different methods. These proteins make up the structural basis of your body, and their activity levels determine how well your body continues to function as you become older.

When injected into a research subject, injectable peptides for skin and anti-aging have the potential to operate as biological messengers and stimulate cells to perform certain targeted functions such as the production of collagen, an increase in muscle mass, a reduction in fat, and many other functions.

Peptides and the possible role they play in anti-aging

Our bodies become less capable of producing natural human growth hormone (HGH) as we get older. HGH is the hormone that is responsible for the development of bone and muscular mass. After the age of 30, the body’s natural production of HGH begins a gradual but steady decline, with the rate of decline averaging about 15% every decade.

The goal of the most effective injectable peptides for anti-aging is to reverse this age-related decline by encouraging the body to produce more human growth hormone (HGH). This may result in an increase in lean muscle mass, a reduction in overall body fat, stimulation of collagen and elastin fibre, an increase in energy and stamina, and a reduction in inflammation.

When it comes to regenerative medicine and peptide therapy, the term “anti-aging” refers to the process of preventing the breakdown of natural muscle mass. When we keep our lean muscle mass for a longer period of time, our metabolism improves, and we experience greater overall health.

The Five Most Effective Anti-Aging Peptides

The following are the five most well-known anti-aging peptides that are now being researched, despite the fact that more than 140 therapeutic peptides are currently being tested.

Ipamorelin is a peptide that fights the signs of ageing by including a chain of five different amino acids. It is most commonly referred to as a secretagogue, which indicates that it possesses the potential to assist in stimulating the production of particular hormones from the body of a research subject. Ipamorelin anti-aging peptide injections, in particular, have been shown to help promote the pituitary gland’s natural production of human growth hormone. Simultaneously, Ipamorelin acts to imitate the activity of the ghrelin hormone, which is a hunger hormone that is produced in the stomach and helps promote appetite. Ipamorelin’s mechanism of action is as follows:

Researchers may notice a reduction in body fat, an increase in bone density and muscular mass, a boost in the cardiovascular system, and improved skin tone and texture when using injectable peptides derived from the Ipamorelin compound for anti-aging purposes.

Because of its well-earned reputation as one of the most effective injectable peptides for skin tightening, sermorelin is a natural choice for researchers who are seeking for ways to combat the negative effects of ageing. A peptide that is renowned for its ability to release growth hormone is called sermorelin (GHRP). Its major purpose is to act as a stimulant for the pituitary gland, which in turn helps to increase the amount of HGH that is released into the body.

About once every 27 or 28 days, the top layer of skin is shed and new skin is shown beneath it as part of the body’s natural process of skin regeneration. Newly produced skin cells have a higher chance of containing more elastin, collagen, and other essential components that make them tighter, stronger, healthier, more vibrant, and more youthful when the production of natural growth hormones is stimulated. This is because natural growth hormones are responsible for the production of elastin, collagen, and other essential components. Sermorelin may be good for additional anti-aging features such as enhanced muscle, decreased body fat, and an improved sex drive in addition to being the finest injectable peptides for skin tightening. This is because Sermorelin is the only peptide that can be injected directly into the skin.

3. Anti-Aging Peptides Containing a Blend of CJC-1295 and Ipamorelin

Anti-aging peptides that stimulate growth hormone production, including CJC-1295 and Ipamorelin, are frequently among those that have received the most attention from researchers. We have already gone over the potential advantages of Ipamorelin, but when combined with CJC-1295, it helps increase the release of HGH over an even longer period of time. These injectable peptides for anti-aging have the potential to deliver subjects combination short-term and long-term benefits concurrently if they are examined as a blend rather than as individual components.

The combination of these two anti-aging peptides may have the potential to provide benefits such as an increase in lean muscle mass, an improvement in muscle recovery, higher strength, and an increase in overall energy. In addition, a number of researchers have pointed out that CJC-1295 and Ipamorelin might be able to aid enhance sleep, mood, and the immune system.

Synthetic ghrelin hormone activators, like GHRP-2 and GHRP-6 injectable peptides for anti-aging, GHRP-2 and GHRP-6 peptides were named after their chemical structures. It has also been demonstrated that both peptides raise levels of insulin-like growth factor 1 (IGF-1), which is a polypeptide hormone that is mostly produced by the liver.

Anti-aging peptides GHRP-2 and GHRP-6, often known as GHRPs, are extremely powerful synthetic GH stimuli. The benefits of each may include, but are not limited to, greater endurance, higher muscular growth, reduced recovery time, strengthened heart function, decreased creation of fat, and other anti-aging benefits.